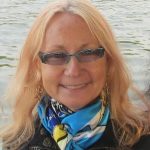 Bio: Alice M. Agogino is Associate Director for Education of the Blum Center, Chair of the Graduate Group in Development Engineering, and the Roscoe and Elizabeth Hughes Professor of Mechanical Engineering. She is an Affiliated Faculty member of the Haas School of Business, the Energy Resources Group, Women and Gender Studies, and Studies in Science, Engineering and Mathematics Education (SESAME). She has served in a number of administrative positions, including Chair of the UC Berkeley Division of the Academic Senate, Associate Dean of Engineering, and Director of the Instructional Technology Program. She also served as Director for the Synthesis Engineering Education Coalition and continues as PI for theDesignExchange educational portal. She is a member of the National Academy of Engineering and has served on a number of committees of the National Academies, including the Committee on Women in Science, Engineering and Medicine. With over 280 peer-reviewed publications, Agogino has supervised 157 MS projects/theses, 50 doctoral dissertations, and numerous undergraduate researchers. She has won numerous teaching, best paper, and research awards, including 2017 ASME Design Theory and Methodology Award, 2015 ASME Ruth and Joel Spira Outstanding Design Educator Award, 2013 AAAS Lifetime Mentoring Award, 2011 Pi Tau Sigma Professor of the Year, 2010 Chancellor’s Community Service Award, and the 2007 Faculty Award for Excellence in Graduate Student Mentoring. 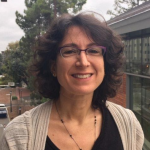 Bio: Yael Perez is the Development Engineering (DevEng) Program Director at UC Berkeley’s Blum Center for Developing Economies, managing the DevEng Masters and the DevEng PhD Designated Emphasis. Yael holds a PhD in Architecture from UC Berkeley with a scholarship on co-design methodologies and technologies to support and empower communities and design practitioners in fostering sustainable development. For over a decade, she has been collaboratively leading CARES—Community Assessment of Renewable Energy and Sustainability—a team of UC Berkeley faculty and students working with Native American Citizens in their pursuit of sustainable development. Recently, this initiative grew into the Native FEWS Alliance, a cross-institutional collaboration working to significantly broaden the participation of Native American students in Food, Energy, and Water Systems (FEWS) education and careers to address critical challenges facing their communities. Before joining the Blum Center, Yael was a visiting scholar at IIT Mandi (India). 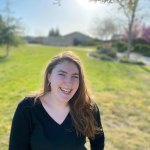 Bio: Valerie is the Student Advisor and Program Manager for the M.DevEng and Global Poverty and Practice Minor at the Blum Center. Before joining the Blum Center, she worked with many higher education initiatives supporting Minority Serving Institutions and underserved communities across the United States. Additionally, Valerie has spent over four years researching human communication tactics, neurological data processing, and financial policy. Her experiences have provided her with an interdisciplinary understanding of students and the greater bureaucratic elements of higher education institutions. Valerie has a BA in Cognitive Science and Psychology from the University of California, Merced, and an M.S.Ed in Education Policy from the University of Pennsylvania. Outside of her work in student affairs, you can find Valerie baking, trying to find the best cup of coffee in the Bay Area, or at the local farmer's markets. Valerie handles questions regarding student services, academic needs, programming ideas, and other student affairs-related concerns. 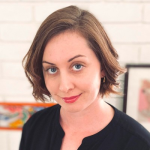 Bio: Adrianne is the Career Development Manager for the M.DevEng program. She has lived and worked in Russia, Ukraine, Thailand, San Francisco, and Washington DC. Adrianne has more than fifteen years of broad experience in executive recruitment and talent development for US Government contractors, NGOs, startups, SMEs, and educational institutions. Adrianne served in the US Peace Corps in Ukraine and has a BA in Russian Language and Literature and an MA in International Development. She is a Certified Executive Career Coach and is focused on student career development as well as alumni and employer engagement for the department. When she's not engaging with alumni, employers, or students, Adrianne volunteers for the International Rescue Committee and enjoys hiking and playing trivia games. Adrianne handles questions related to employers, alumni, career development, career events, etc. 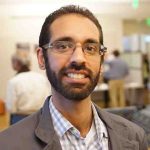 Bio: Chetan Chowdhry manages and serves as the Lead Academic Advisor for the Global Poverty & Practice Minor. Prior to joining the Blum Center team, Chetan served as a Graduate Coordinator with the University of Maryland Multicultural Involvement and Community Advocacy Office. He holds a Master’s degree in Counseling and Personnel Services from the University of Maryland, College Park, and a Bachelor’s Degree in Political Science and Environmental Analysis & Design from UC Irvine. 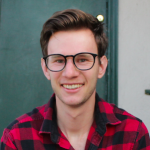 Bio: Sam Goldman is an administrative officer at the Blum Center and the Development Engineering course scheduler, assisting the faculty and associate directors. Previously, he was a program assistant at the Graduate School of Journalism, co-lectured an undergrad journalism class at Cal, and was a reporter for Noozhawk in Santa Barbara, Calif. Sam has a master of journalism from UC Berkeley and a bachelor’s in geography from UC Santa Barbara, and he continues to write and report the occasional freelance story for local and national outlets. When not officiating administration, he’s writing, reading, running, and rooting on his favorite sports teams. Sam handles external communications, Blum Center media, and how classes are scheduled. 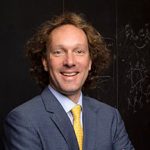 Bio: Daniel Fletcher is Associate Director for Research of the Blum Center, Faculty Director of the Big Ideas Contest, Purnendu Chatterjee Chair in Engineering Biological Systems, and a Faculty Scientist at the Lawrence Berkeley National Laboratory. Between 2015 and 2019, he served as Chair of the Bioengineering Department. His research focuses on the biophysics of cell movements and the cytoskeleton and development of biomedical devices, specifically for developing regions. He received a DPhil from Oxford University, where he was a Rhodes Scholar, and a PhD in Mechanical Engineering from Stanford University. His research has received an NSF CAREER Award, a National Inventors Hall of Fame Collegiate Award, and was designated “Best of What’s New” by Popular Science magazine. In 2010, he won the Bioengineering Teaching Award for Outstanding Instructor in the Bioengineering Honor Society. He is currently serving as Chan Zuckerberg Biohub Investigator. 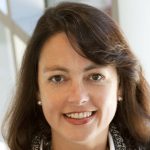 Bio: Maryanne McCormick is the Executive Director of the Blum Center and the Executive Director of the Big Ideas student innovation competition. In that capacity, she is responsible for the strategic vision and overall operation of these multidisciplinary, multi-campus research and education efforts. In addition, she is Special Advisor at the Development Impact Lab, a global consortium of research institutes, non-governmental organizations, and industry partners, headquartered at UC Berkeley, committed to advancing international development through science and technology innovations. She holds an academic appointment at Berkeley Law School. Prior to joining UC Berkeley, she spent a decade in Washington, DC, serving on the staff of Senator Daniel Patrick Moynihan, as advisor at the Federal Communications Commission, and as public policy manager for Corning Incorporated. McCormick has a JD from Catholic University, graduating first in the class, an MBA from George Washington University, and a BA from the College of the Holy Cross. She is a member of the California Bar.

Bio: Gladys Khoury directs all financial aspects of the Blum Center including accounting practices, budgeting, financial planning, financial analysis, and monitoring of financial performance. From 2006 through 2009, Khoury was a Senior Research Administrator and Program Manager for the TRUST Center in UC Berkeley’s College of Engineering. From 2001 through 2006, she was Senior Contracts and Grants Officer, at UC Berkeley’s Controller’s Office, and from 1989 through 2001 she was Controller and Office Manager for California Engineering in San Francisco. Gladys holds an MBA in Finance, with a BA in Accounting and Finance from the University of California, Berkeley. She is also an active member with the California Association of Realtors as a Real Estate Broker licensed by the state of California. 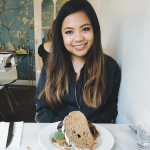 Bio: Syreen Ponferrada is a Program Support Manager for the Blum Center, the Big Ideas Contest, and the AMENA Center. She graduated from UC Berkeley in 2017 with a BS in Nutritional Sciences: Physiology and Metabolism. Previously, she worked as a Financial Analyst Assistant at the Institute for Business Innovation at the Haas School of Business and, following graduation, as the Institute’s Program Coordinator. At Cal, she was an active member of multiple Pilipinx-American organizations, helping to spread awareness of Filipino culture, and supported first-generation immigrant students like herself. Growing up in the Philippines and having attended college in the United States, she is a student of the differences between underdeveloped and developed countries and hopes to give back to her Philippine community through economic development.